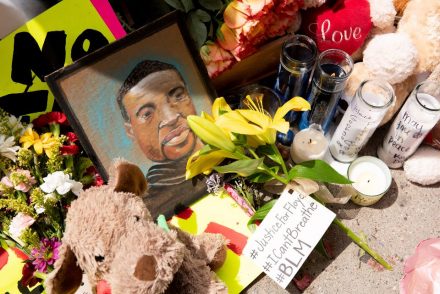 Over my lifetime there have been several idioms, expressions, and adages that once spoken and repeated often conjure up certain circumstances and historical contexts.

For example, if I were to say “Keep the Faith, Baby” one would think of Rev. Adam Clayton Powell, Jr. and his fight against discrimination in the supposedly free North. Or, how about an adage that addresses our lack of the pursuit of knowledge that suggests that “If you want to keep something secret from black folks, put it between the covers of a book.”  And finally, how about Fannie Lou Hammer, who my father, Horace Sheffield, Jr., was asked by President Lyndon B. Johnson not to seat at the Democratic National Convention. Hammer is known for saying, “I am sick and tired of being sick and tired.”

Of all of these memorial quips, “none” I believe will go down in history as the most powerful, and applicable as Rev. Alfred Sharpton’s statement “Get Your Knee Off Our Neck” made during George Floyd’s funeral.

I was around when most of the aforementioned things were spoken, and was there when Dr. Martin Luther King, Jr. exclaimed “I Have A Dream”, and I was moved incomparably by each in a different way. However, I was never so moved as I was when I heard my friend of nearly 50 years retort, “Get Your Knee Off Our Neck!” That powerful alliteration, iteration, and capsulation of words is what we said to our slave masters. It’s what we said to the progenitors of Jim Crow, and it’s what our protest is for. It was being said as to those who made us count bubbles in a bar of soap to be able to register to vote. And it is now what Rev. Sharpton is suggesting we must now say to every economic, social, and political source and force that has its knees on our individual and collective necks.

Written by Rev. Horace L. Sheffield, III, MA, MP
Horace Sheffield, III is a longtime civil rights activist, pastor, and media personality. He is an on-air radio personality for 910 AM/WFDF, as the host of On The Line and an on-air television personality for WADL, as the host of Real Talk Weekly. Sheffield is also the pastor of New Destiny Christian Fellowship and executive director of the Detroit Association of Black Organizations, both in Detroit.