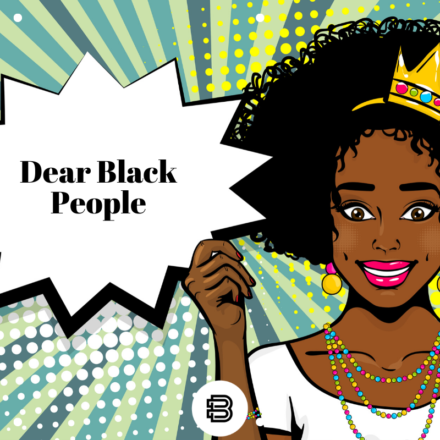 Year 2019 marks 400 years since Africans were enslaved in the United States. It’s been 400 years and yet there are still so many underlying issues in the African American community. So many thoughts run through my head. Why do many blacks conform to be accepted? Do we know who we are? How do I identify myself? Have the negative images in the media of blacks affected the way I view myself and the way others view me? Why are we so feared? My conclusion is that there is an identity crisis in the black community. Hear me out.

I’m sure we can agree that words have power. What does the word black even mean? I won’t even get started of what the n-word means. According to Merriam-Webster Dictionary black means heavy, serious, soiled, and total or nearly total absence of light. Dictionary.com says black means being a color that lacks hue and brightness and absorbs light without reflecting any of the rays composing it. Wait. Aren’t these all negative definitions? Dear black people, I ask: Where is your outrage?

The media portrays our origin, Africa, as a continent of severe poverty, corruption, and disease. The majority of images in the US media of Africa are children with swollen bellies and people living in huts. That’s the image that’s portrayed. How does that relate to how blacks/African Americans view themselves? A continent stricken with poverty, corruption, and disease is where we came from? Wrong! This is totally the Western perspective and disheartening. Here’s some food for thought about Africa.

Dear black people, I ask: Where is your outrage? We came from greatness. Africa is rich in culture, and has a wealth of natural resources like oil, platinum, gold, and diamonds. It even has sandy beaches and breathtaking views. Because we live in the United States, we see things from a biased Western view. The misconceptions of Africa are due to misinformation, lack of knowledge, and stereotypes.

Why is so much negativity surrounded by just the color of your skin. The word black itself is negative. Africa is shown in a negative light. Blacks, especially black males, are often portrayed as welfare recipients, criminals, etc in the media. We’re over-represented in depictions of violence. We saw this firsthand during Hurricane Katrina coverage.

Black Americans tend to be underrepresented in U.S. newsrooms. While 7% of newsroom employees are black, 11% of U.S. workers overall are black, according to a Pew Research Center analysis of 2013-2017 American Community Survey data. Again, dear black people, I ask: Where is your outrage? We need more people of color in the newsrooms sharing accurate coverage of African Americans. Inaccurate depictions can affect self-perceptions and lead to diminished self-esteem.

I’m sure we all can agree that change is needed even 400 years after slavery began. That’s where Blacme comes in. I wanted to create a brand that would exude excellence in the black community and shed negative images. The word blacme is derived from black and amce. Acme meaning the point at which someone is best. I wanted to create my own narrative. I, personally, found my identity in Christ. Race aside, I am who God says I am. I was created in the image of God (Genesis 1:27). I am righteous and reign as a king in life (Romans 5:17). I am fearfully and wonderfully made (Psalm 139:14). I have an amazing future (Romans 8:18). I am always triumphant (2 Corinthians 2:14). I am remarkably black. I am blacme and so are you!